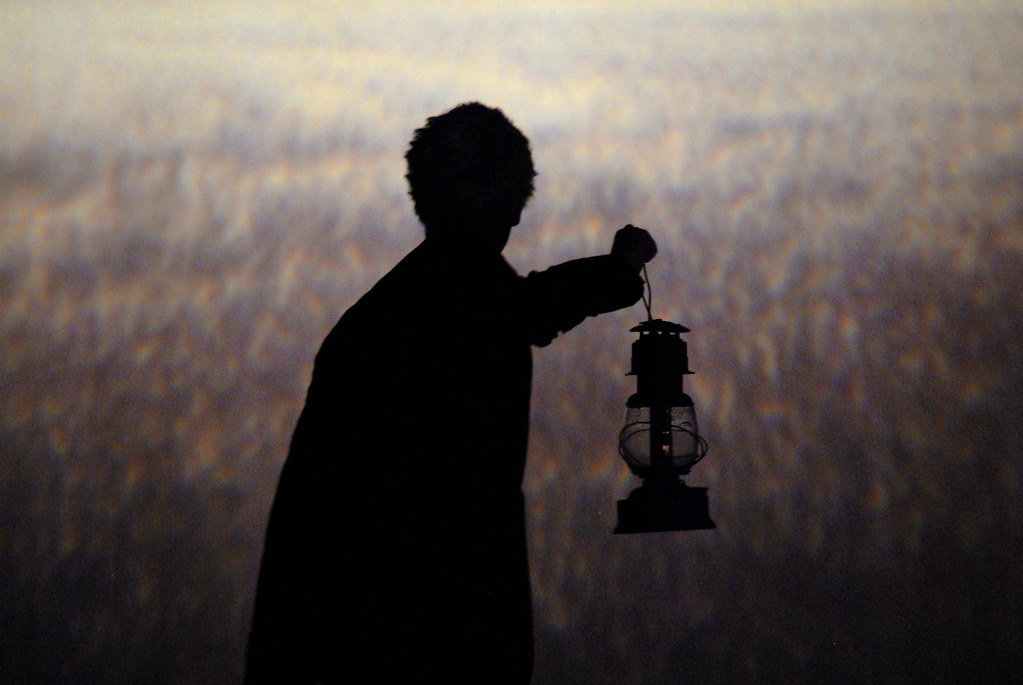 I had the privilege of mentoring several co-workers in 2015. One of the topics they found confusing was Dependency Injection. We use it everywhere. To them it felt like magic. The code just fits together through mystical Containers. In this post we will break down the powerful concepts surrounding Dependency Injection.

Let’s start with some simple classes:

These are all concrete classes. No fancy dependency magic here. What this code does is very clear. Bar creates a Foo then uses it to print Hello World.

A complete program using this code is also straightforward:

Let’s spice things up! Instead of creating the Foo in Bar’s constructor we can pass it in. Better yet, we can switch to an interface with all the same methods as Foo.

So what have we gained? Well, the low level Bar class no longer knows anything about the IFoo implementation it is using. That is now up to callers using Bar. We have switched from a concrete implementation to a higher level abstraction. This decouples the code making it easier to maintain.

We have applied the Dependency Inversion Principle1. As defined by Robert Martin it is:

The abstraction could be anything. Typically it will be an interface, but can also be a base class, delegate or another abstraction. The key is shifting the code from the implementation to a higher level.

What About Dependency Injection?

Don’t worry, it is a really simple idea. Here is the demystified definition by James Shore:

Look look at the program from the last example:

We inject the IFoo into the constructor of the Bar. The program can now choose which IFoo to use. This is more flexible than when the choice was buried in the Bar class.

We have inverted our dependencies and injected them into our classes. This is fantastic! Our code is nicely decoupled. We can easily change what is injected for testing or introducing new features.

Implementations are hidden behind abstractions and can be easily replaced. Want an IFoo which writes out to files? No problem. You can change the code to your new FileFoo without ever modifying Bar.

The original Bar is impossible to test in isolation. The direct dependency on Foo forces the two classes to be tested together. Changes to Foo could break the tests for Bar.

By injecting the dependencies, we can use a fake IFoo in tests to do whatever we want. This is a great way to set up specific scenarios and/or avoid external systems (i.e. databases or services).

If every class repeated setups like this it would be a big problem. Creating anything would be a nightmare. Thankfully there is a better solution, Dependency Injection Containers.

With all this dependency madness we need to find a better way to create classes. Don’t worry! There are fantastic libraries to address this problem. They are commonly referred to as Dependency Injection Containers or Containers for short.

Containers contain and seamlessly connect all of your dependencies. Within your application they are used to instantiate dependencies they know about.

Before we get to the real thing I want to walk you through a mental models for Containers.

A Factory is a common creational pattern. They allow you to abstract what is being created and how it is created. Dependency Injection Containers behave like Super Factories which can create any type they know about.

Want an IFoo? Use the FooFactory!

The Factory can be used any time an IFoo is needed without any knowledge of which IFoo is created. We could easily update the FooFactory to create a FileFoo.

Prior to using IFoo we need to create one using the factory:

Having to use the factory everywhere is not fun. We can do better.

What if we could use a single class to get any dependency we wanted? We could use a Dictionary of Factories! The Dictionary would be keyed on types where the values would define how to create their respective types. We could then create any class the Dictionary knows about.

In this section, we are going to create a really simple class to do just that. Our very own simple Dependency Injection Container.

The Container needs to:

Enough with the words! Onto the code!

Not bad. One method to Register dependencies and another to Resolve them. The methods line up with our “Factory for any type” and “Dictionary of Factories” mental models. We accept Func<T>’s as simple factories for each type. Once all the types have been registered, Resolve behaves like a Factory for any type.

Internally we have the “Dictionary of Factories”. Resolve uses the Func<T>’s we registered.

Using the Container is easy. In the next example, we register all the types (lines 5-11) then resolve them (lines 8 and 13). Once we have resolved Bar we can use it normally!

Cool. We have a Container. I would not use it in a real project. It is awkward to use. The classes need to be wired together manually. We had to tell it exactly how to create a Bar even though it already knew how to create an IFoo.

This is where real Dependency Injection Containers are fantastic. They solve the wiring problem and automatically inject dependencies they know about. We can use the Container like glue to bind everything together.

Abstractions are registered as concrete types. Consumers can resolve and use those abstractions directly. They have no knowledge of the concrete types being injected. Instead they rely on the Container. This preserves the Dependency Inversion principle and helps decouple our code.

Thankfully, there are many great open source Dependency Injection Containers. The following three are my favourites. Our team has used them on different projects.

Autofac is new, super clean and powerful. The registration API is fun! They also have great support for controlling lifetimes/scoping and cleaning up for you. This would be my first choice when starting a new application.

StructureMap is battle hardened having been the original .NET Dependency Injection Container. The latest version of StructureMap was a massive step forward. The authors incoperated many improvements they learned from 10 years of supporting the project. A great choice you should definitely check out.

Lastly, we use Nancy a lot! For the simpler applications, we exclusively use the built-in TinyIoC. It is simpler than the other Containers and is missing some advanced options. We periodically consider switching to one of the other libraries for these features which we believe would simplify our configuration.

More Out of the Box

These libraries greatly enhance how you register and resolve components. Often these capabilities are connected; features used when registering define how objects are resolved.

Here is an example of our application using Autofac:

It does the right thing and gives Bar the registered ConsoleFoo.

Containers can offer the ability to register sets of dependencies in Modules or Registries. This provides a simple way to group registrations together or split them apart. For example, you could register all database related classes in one module separate from your logging module.

Most Containers provide mechanisms for registering your types based on conventions so you do not need to configure everything by hand. You can register all classes implementing a similar interface name, i.e. Foo would be registered for IFoo. This is cool for people who like conventions over configuration, but can be too much magic other people. We use this approach and only configure classes which violate our simple conventions.

Perhaps the greatest benefit is how they integrate with various frameworks. Containers often have shortcuts to hook into popular web frameworks, like ASP.NET MVC or Nancy. The framework can use the Container to resolve types it needs. We use this to create Controllers and automatically inject their dependencies. This lets you use Dependency Injection while decoupling your code from the Container itself. Everything magically fits together.

The larger our applications become the more benefit we get from using Dependency Injection Containers. We no longer worry about how we are going to wire our classes together. Instead, we can focus on designing our interfaces and classes.

Phew, you made it this far! I hope this helped shed some light on Dependency Injection and the surrounding concepts.

Then we dug into complete Dependency Injection Containers and their extra features.

Have fun decoupling your dependencies!

There is so much more you can read and learn. While writing this post I found these additional resources:

Both these libraries are fantastic and their maintainers have put some serious work into writing comprehensive documentation. They share many recommendations and pitfalls for using their frameworks. The most interesting articles include insights into the decisions they made and why they made them.

Dependency Injection Containers impact how you design your application and need to be treated with care. These recommendations will help you avoid problems2.

DIP in the Wild

Real life applications of Dependency Injection in the wild plus a good recap of the concepts.

Inversion of Control Containers and the Dependency Injection pattern

This is a more in-depth explanation of the concepts. The closely related ideas of “Inversion of Control” and “Service Locators” are explained. There is a review of best practices and trade-offs. Some of the best practices may be a little dated, i.e. using a Service Locator instead of Dependency Injection Containers.

1. I could not get this link to work. I found it via this great article explaining how an abstraction is not synonymous with interfaces.

2. For some applications we intentionally call the Container from our tests. We treat the Container configuration as part of our integration tests. I will agree this is not ideal, but it simplifies creating various types and better mimics what our users will run.

Thanks to my gracious 2015 mentees for letting me practice this on you.

Thanks again to my co-worker Josh who helped review this article. He had the great recommendation of renaming the “Poor Man’s DI Container section” to “Man with too much time on his hands’ DI Container”. Maybe I need to go write more code.